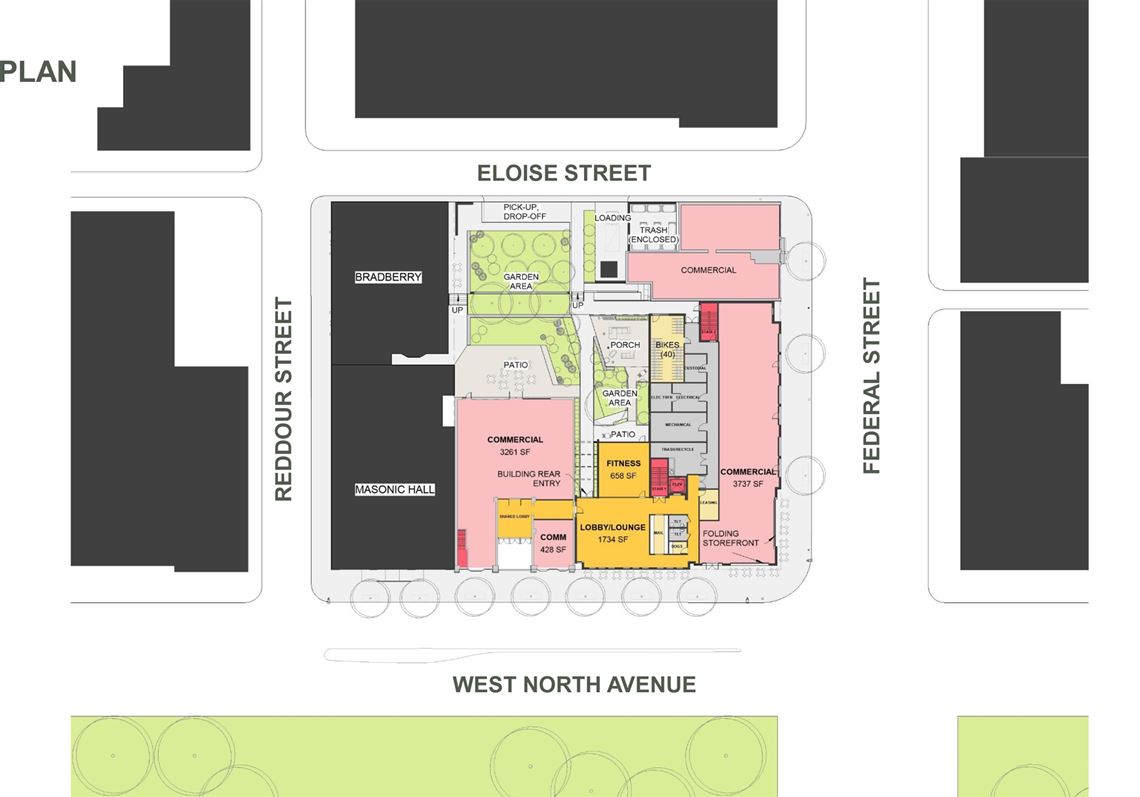 TREK Development Group presented a downsized proposal of new construction in the Garden Theater block to a recent gathering of about 50 North Siders at the Children’s Museum Lab in Allegheny Center.

While the long-vacant Garden Theater itself remains without a tenant, it has been built out for a restaurant. Three debilitated structures beside it were demolished last winter, making way for construction to begin by next spring if the new plan passes muster with the Zoning Board of Adjustment.

The plan is a five-story apartment building with 50 market-rate apartments and storefronts on North Avenue and along Federal Street. A 19th-century duplex on Federal, the Morton House, was saved and will have storefronts below and six apartments above, said Bill Gatti, CEO and president of TREK.